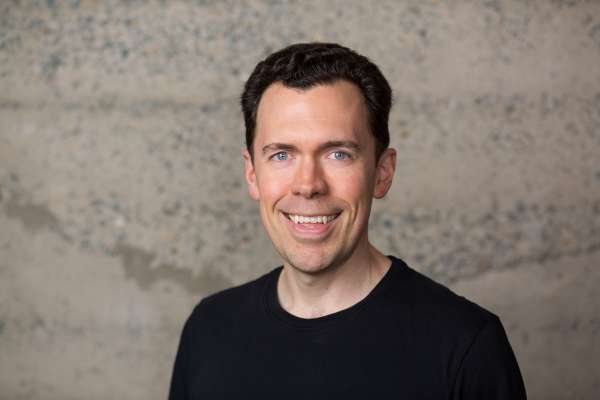 I’ve started five companies. Some worked and some didn’t, but the best help I had while building them came from other entrepreneurs. I was fortunate to have great investors who offered invaluable strategic and directional advice, but most of my days were spent trying to sell customers, build out new channels, and find talented engineers. Talking to other founders doing the same things at the same time made the biggest difference for me. I benefited a lot from having a strong personal network as an entrepreneur, but always felt I could learn from more great people if I just had leverage.

I was sold on joining First Round after realizing how core the community was to everything the team did. I saw how focused the partnership was on connecting entrepreneurs to each other and building a rich knowledge-sharing network. I immediately thought, “They’re solving the biggest pain point every founder has.”  This emphasis on community was an extension of a genuine focus on founder needs and wellbeing. I previously co-invested alongside Josh, Rob and Phin, and the things they did stuck with me: They’d re-invest in a founder they believed in, even if their first company failed. They’d overlook short-term economic interests in favor of long-term relationships. In an industry where the default is to optimize everything, this resonated with me.

Today, as a partner, I think this philosophy helps us find and work with the strongest startups out there. When prospective founders ask for references who can talk about First Round, I always point them to a few entrepreneurs whose companies didn’t work out. One of the best arguments in our favor is how we respond when things don’t go to plan. If we think a founder is brilliant, we want to see her succeed, now or in the future. We’re not going to hold someone back just to get ours.

Finding truly unique insights into a problem or market is very rare. But that’s also what makes it interesting to me. I invested early in Uber because they understood how painful the current cab experience was, and why that was the case. For the same reason, I love supporting entrepreneurs going after dusty industries like international shipping (Flexport) and mortgages (LendingHome). Suddenly, an entrepreneur comes along with an idea to change an entire system that has been the same for decades.  With great execution they can change their industry and transform thousands or millions of people’s lives. When systems are big and broken at multiple points — think health care, government, education — they’re ripe with opportunity.

Taking on this type of challenge requires exceptional productivity. So, I look for founders who get a tremendous amount done in a short amount of time. High-velocity decision-making. They push themselves and their teams. When you’re running a small company, you have very few advantages over much bigger companies with established brands. Early on, speed is one of them, and it makes all the difference. Little things matter, like the meetings you take, the ones you don’t; how you make decisions; how you empower your team; how you manage your inbox; how you build a culture that embraces speed. You should always be thinking about how to get the flywheel spinning faster.

Moving faster, getting more done in less time has always been my goal as an entrepreneur and investor.  I fail all too often but think the pursuit is what matters. I’ve built teams from 0 to hundreds and lived through many of the car wrecks that happen along the way. Most of the founders I work with call me first when the shit is hitting the fan, because they know I’ve been there. I think systematically and can help break down problems, “Let’s worry about this first.”  I can talk about the management mistakes I’ve made, or the hundreds of fundraising conversations I’ve had on both sides of the table. I particularly love rolling up my sleeves to help them get from Seed to Series A.

Before joining First Round, I was an angel investor and partner with Founder Collective, working with Uber, AdRoll, PowerSet, LendingClub, Tapulous, Slide, Chegg and others. Going back further, I led LiveOps to $100M in sales and founded Jump Networks, which was acquired by Microsoft.

I went to Cornell, spent half my time as a CS major before starting my first company and switching to a major with no problem sets — science and technology studies. Most of my relevant education came from hacking on my own and consulting for customers in the town I grew up in. I fell in love with finding scrappy, clever ways to do things. Now I get to help the smartest people I know do exactly that all day, every day.

If you’re building a company and think I could help, please get in touch.

As a founder, operator, advisor and angel investor, Bill has helped dozens of companies launch, manage through hyper growth and win. Before joining First Round, Bill led LiveOps to $100 million in sales and hundreds of employees as the industry’s leading cloud contact center. He also founded Jump Networks, a leading web calendar and personal organizer acquired by Microsoft.

At First Round, Bill has led investments in companies including Looker, Flexport, Verkada, Superhuman, Airbase, Nova Credit, Legion, and Labelbox.

Bill has a Bachelor of Arts in science and technology studies from Cornell University.