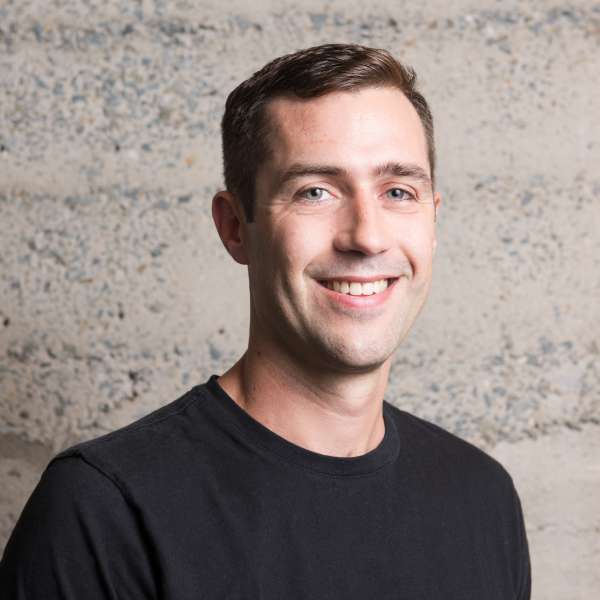 I got this job by offering to work for free and had no plans to become a partner (incidentally, Josh had no plans for me to become partner either — but he let me carry his bag to meetings.)

Growing up on hip-hop and hoops, I wanted to be a lot of different things. An NBA basketball player (I settled for the team at Haverford), an architect or a big money guy on Wall Street. I ended up making sneakers at AND1 — and I’ll never forget the first time I felt like a successful entrepreneur: I was walking through a mall in Houston and I saw a kid come out of a store with a new pair of shoes. He was lit up and pulled them out of the box to show his boys. They were a pair of AND 1 shoes I’d helped create. He had spent $85 on something we built. It was amazing.

I think that feeling is at the heart of entrepreneurship and I want as many people as possible to feel it. That is why I work on Dorm Room Fund and why I am committed to fixing the UX of VC — making every touchpoint with First Round great — even if we don’t invest, I want you to walk away with something new that will help you build your business.

I joined First Round because I wanted to be a better entrepreneur and knew I could learn a lot by spending a ton of time with First Round founders and partners. I’d spent the previous 10 years building companies, and going deep on product creation and brand building. I had some success and significant failures. I got introduced to Josh and actually started out as an intern — so if there’s a testament to how differently this firm works, that’s it. Years later, I’m still here because I saw how much opportunity there was to build First Round itself into an amazing company — and how much room there was to try new things that would have a huge ripple effect for our companies and their users. I don’t think I would have been a GP at any other firm.

When I first started investing, I got excited about companies where I would have loved to be the CEO but the job was already filled by someone way better than me. I’ve learned a lot since, but what inspires me remains pretty similar: people who have an idea that won’t let go, founders who know they have to do something, who are compelled to do it now, and believe they’re the perfect ones to do it. Most of these people start with a remarkable understanding of their customer — Hayley and Katia at Birchbox, Oren at Area 1 Security, Talha at NimbleRx and Ivan at Notion are good examples — these founders told me something about a consumer that I’d never heard before.

What’s cool about engaging with founders at the seed stage is that you’re there when they’re laying the foundation, and every action has incredible impact. I know I’m not the one in the office until 3 a.m. or sweating all the small stuff in the moment, but I like to think I can introduce new ideas into their field of vision that they can either reject or respond to. The best VCs don’t tell anyone what to do — they’re like having ESP, giving CEOs more perspective, helping them see around corners and start to think about the next challenge earlier than the competition. Great VCs provide information, context and support. The founder leverages this to make better decisions at an increasing pace.

My best moments are when founders call me to say thanks. I would never take credit for any of their success — it is theirs alone — but the thank yous for offering some piece of advice or some little insight that helped move the needle for them make this job awesome. The puzzle that eats at me is how can I help talented entrepreneurs bring their best every day. Sometimes that means asking dumb questions until you get to that 1 out of 10 that makes them think about something a different way or challenges a key assumption. Sometimes it’s re-anchoring them in their mission and why they embarked on this insane journey in the first place. A lot of the time it’s just listening and helping them rubber duck the problem.

I learned the business of startups helping grow AND1 from $15M to $225M in revenue as Creative Director for Footwear, and starting my own fitness video-game company, producing Yourself!Fitness, the first game of its kind for Xbox and PlayStation 2. I built partnerships with the likes of Procter & Gamble and McDonald’s, and experienced all the highs and lows founder life has to offer from founding to funding to failing. That one hurt, but it taught me a ton, got me back to school for my MBA at Wharton, and then led me to First Round.

I live in San Francisco with my wife Carrie and daughter Etta who support my addiction to sneakers, hip-hop and trash-talk vocabulary.

Phin is a Partner at First Round Capital and a sneakerhead. Before joining, he worked at AND 1 from “day 2″ and founded a fitness video game company.

In his first job after college, Phin spent six years helping to scale AND 1 Basketball from $15 million to over $225 million in revenue. As the Creative Director for Footwear he led product direction, managed relationships with national retail accounts, and created the initial concept for the signature AND 1 marketing property — the AND 1 Mix Tape.

After training for an Ironman in 2002, he wanted to build fitness technology and founded an independent video game company to do it. The company developed and published Yourself!Fitness, the first fitness game for Xbox and PlayStation 2. Phin managed product, marketing and distribution and secured retail partnerships with Nordstrom and Best Buy as well as promotional partnerships with Procter & Gamble and McDonald’s.

Following a consulting engagement for MTV in product and marketing, he decided to pursue an MBA at the Wharton School of the University of Pennsylvania. A basketball player during his time at Haverford College, he’s since maintained his addiction to sneakers, love of hip-hop, and a decent trash-talk vocabulary. Phin lives in San Francisco with his wife, Carrie, and daughter, Etta.